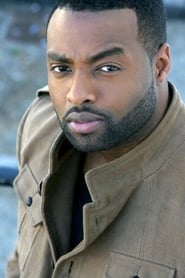 The EMMY Nominated Actor turned Writer / Producer was born and raised on Chicago's South Side. While traveling the world in the US NAVY, Long found himself wanting to pursue a career in Arts and Entertainment. Long completed his term in the military and returned home to embark on a new journey. Legendary Producer / Director John Hughes was filming "New Port South" in Chicago, where he gave Long his first break in the business. Long was cast in a supporting role. This opportunity was the confidence Long needed to take his career to the next level. With dreams of success, Long packed up and moved to the Big Apple. After relocating to New York, Long acted in Equity stage plays and off-Broadway for a few years. With his eyes set on television and film, Long decided to continue his journey and move to Los Angeles. Long began making a name for himself in LA circuit. While accruing a host of credits in front of the camera, Long was starting to show interest in the inner workings of Production. During a guest starring role on the hit show HOUSE M.D, Long found himself paying more attention to the words on the page. The writing. On a quest for knowledge, Long enrolled in UCLA to study the writing and producing aspect of the business. Since then, Jamie Foxx, Gerard Butler, Robert Downy Jr., Eva Longoria and Jeremy Piven are a few of the A-listers Long has collaborated with. I'm sure we will be seeing a lot more from this up and coming writer/producer.